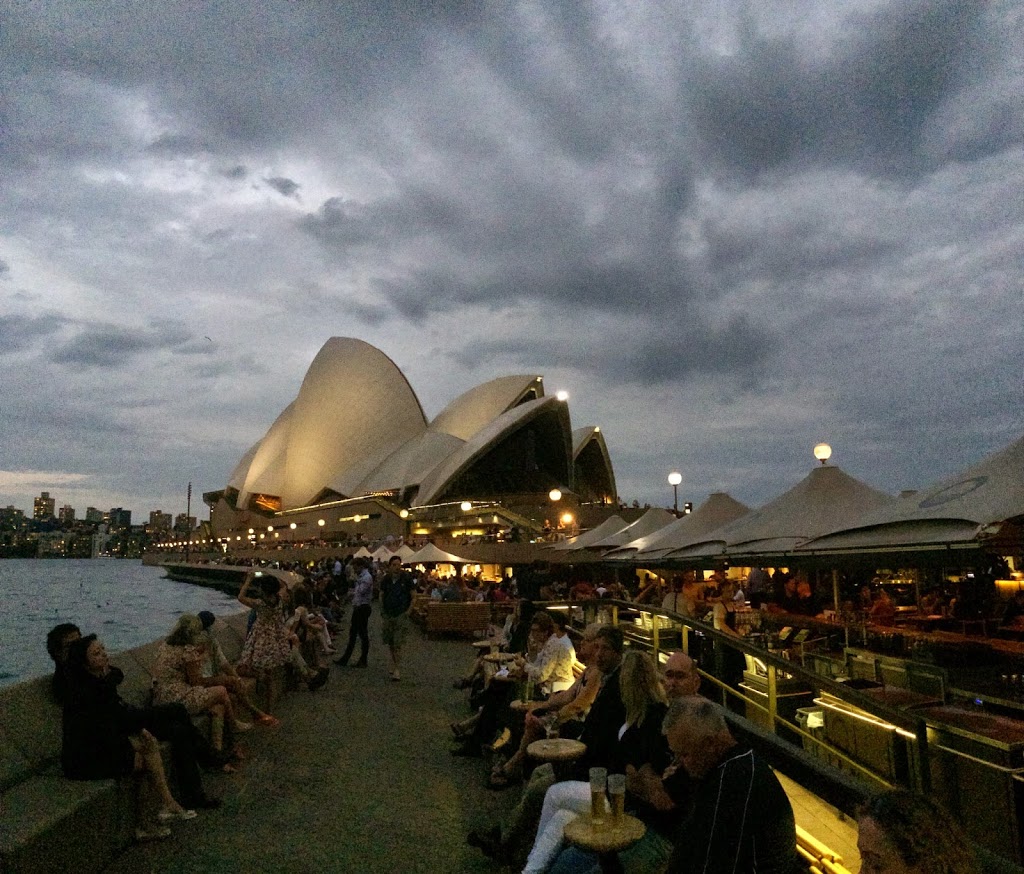 As we boarded the ferry from Manly bound for Sydney (which for 15 AUD each to Circular Quay and the heart of the harbour was a worthy sum), we both had the same sense of excitement that you get seconds before the main act arrives on stage at a concert. The weather could not have been any better and although there was a quicker, twenty minute Manly ferry, which all the business people use into the city, this Chuggaboom of the sea was perfectly adequate.
Now, for anyone remembering their first kiss or the first time they, ahem, got jiggy with the opposite sex there are certain seminal moments in our lives and for Michelle and I this was one of them. Of course I’ve seen the Sydney Opera House and the Sydney Harbour Bridge in photographs, but up close, in person, on a blue sky day? No! For me, having seen one of the wonders of the world in the Great Barrier Reef I would place this incredible structure in the Top Ten. It is more than iconic and with sailing yachts and dinghies tacking or running past it the view is just picture perfect. 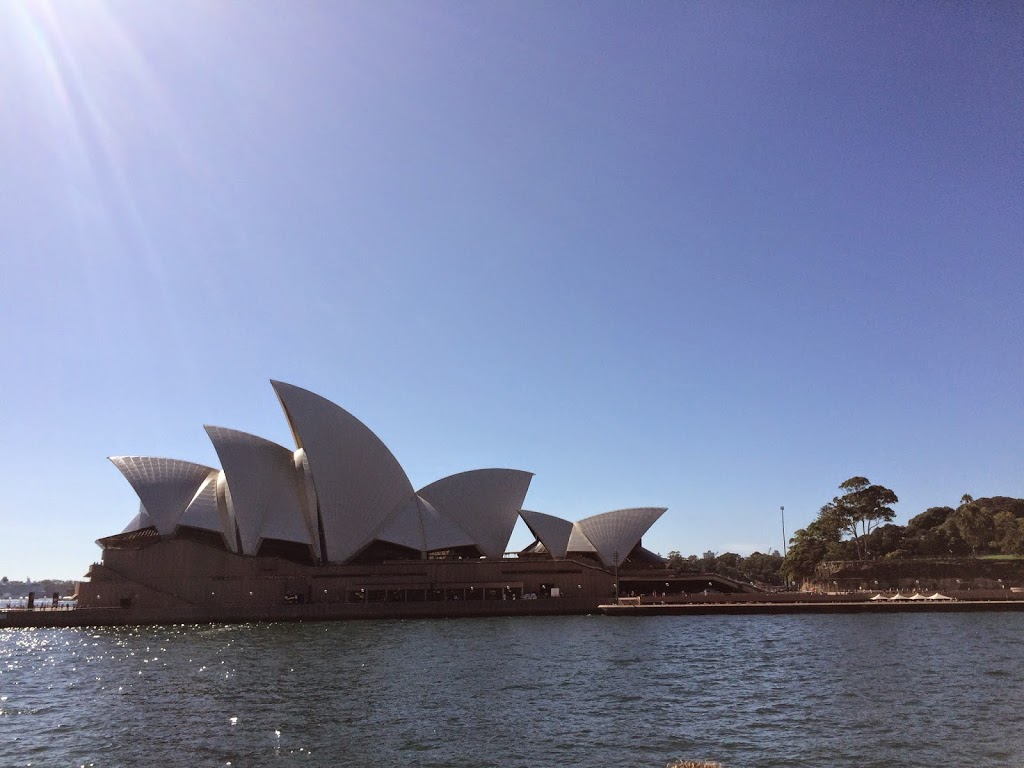 Once we arrived, the now taped up and broken Selfie Stick (well, it didn’t come with ‘tested by Michelle’ written on it) was summoned into action and for those of you that saw my Statue of Liberty photographs a few years ago will know I went into full steam fashion photographer mode taking shots of the Opera House, Harbour Bridge AND the Cunard ocean liner Queen Elizabeth which was docked for two days! What an impressive girl she is, all sleek lines and 21st Century Technology.
For those of you that like a cruise then you can take the round the world cruise aboard this fair maiden for 24 thousand dollars which would take 180 days to complete. 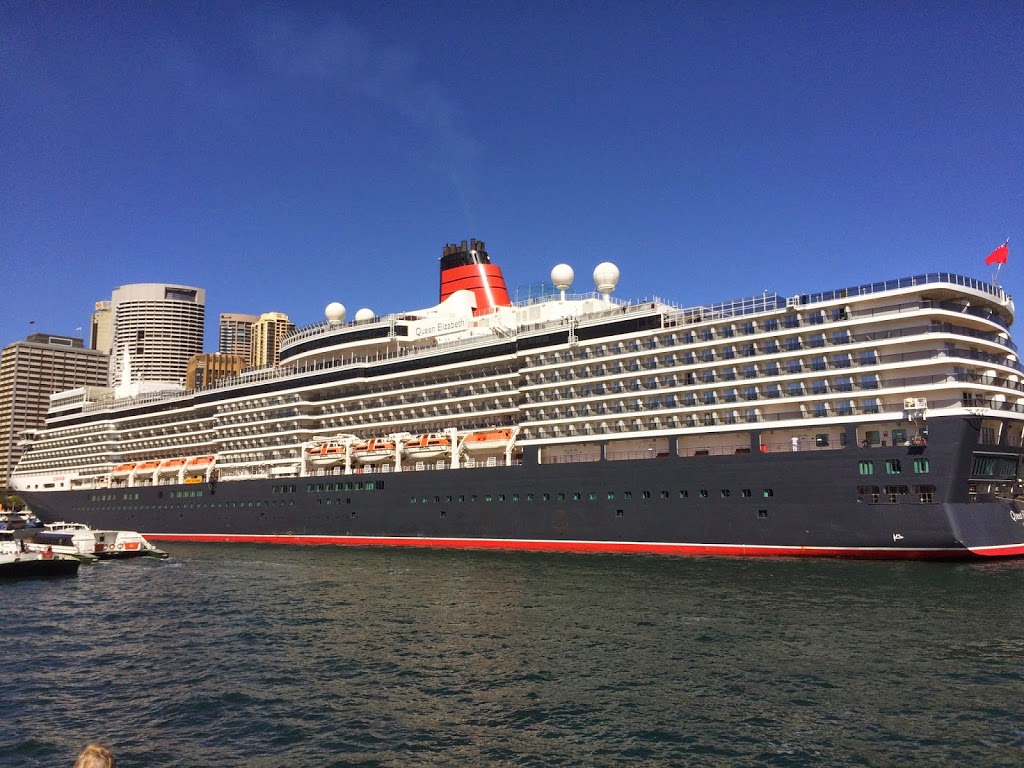 Changing our tack slightly and knowing that we would try to fit into one day as many sights as possible our next port of call was to walk across the famous Harbour Bridge.

There are three ways to make this pilgrimage: take the path by the road from Circular Quay and this will lead you straight onto the bridge; take the same route but then ride in a lift to the top of a tower where you can get a superior view, or if you are completely daft and have no brains at all, you can scale the bridge on an official tour chained to the steel. This comes at a cost of 148 AUD each and does not include the picture they take of you in a workman’s suit at the very top with the Opera House in the background. From the restaurants and bars around the Opera House you can see groups of 10 slowly making their way up to the top. I’m sure that some people love it, but it just looks beyond terrifying. I don’t mind admitting that if I did have brain freeze and agree to make the climb that it would have to be under the influence of alcoho,l either that or I would need to borrow Superman’s cape. Trouble is, what goes up must come down!
We took the first option and walked half way across which was enough of a thrill. 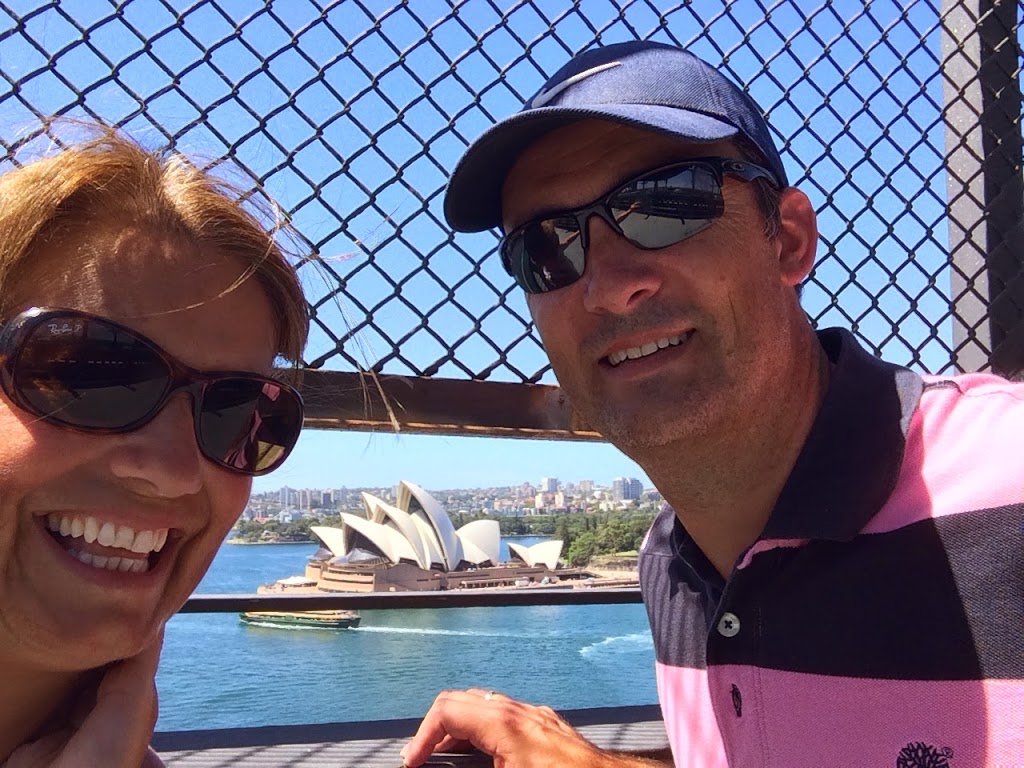 On the way back toward the quay we stayed on a path overlooking the two main attractions (three if you count the Queen Elizabeth) and read about the colonisation of Australia from 1947 – 1951. During that period the UK and Eire provided 38 percent of the migrants to Australia with the next largest percentage from Poland. I’ve been told not to say any more at this point.

After an excellent lunch in the central business district we headed for the Botanical Gardens which overlook the Opera House. As we walked in we happened across a film set but alas there was no walk-on part for me (Yes dahling, I used to be a thespian don’t you know!) as the actors and crew all seemed to be at lunch. It’s possible that they could have been filming Neighbours or Home and Away but equally this could have been a major motion picture!
The gardens themselves are fairly small; pretty, but not as nice as Kings Park in Perth.

Back to the quay and we took another ferry to Darling Harbour at a cost of 12 Dollars each. The sun hid behind some clouds for a couple of hours as we mooched along the marina and shops. There are some great activities here like a themed outdoor cinema which was showing movies about love for the month just outside the largest IMAX cinema …, IN THE WORLD.
Imaginative waterfalls and streams surround some of these attractions with a special water area for babies and children to play in. They are really developing the harbour area and when we returned to Circular Quay we could see that Sydney has much to offer the old and the young. As we consider ourselves to be heading for the more restful pleasures, the rest of our stay in Sydney was spent at the open air Opera Bar where we watched evening fall.
Without doubt, one of the best days of our tour spent people watching, eating chilli squid and drinking merlot. Listening to the Jazz band as the moon appeared and the bay lit up all around us. This was truly a perfect day!
Cue Lou Reed. 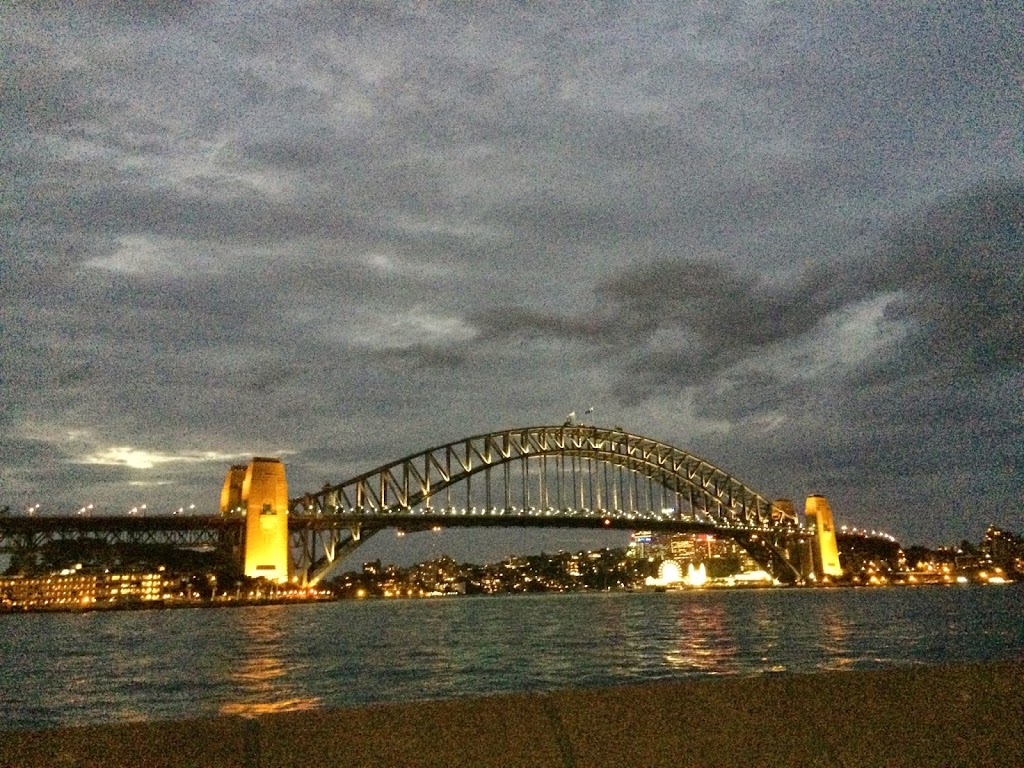