I’ve come to the conclusion that these islands thrive on a combination of farming and tourism. I’ve seen more sheep and cattle here than anywhere at home and the way that each area is set up to maximise the spend from the tourist is very clever.
Take Franz Josef, the first thing that strikes you is the noise of the choppers flying overhead into the glacier. It was 4pm the day we arrived and the noise was continuous for a good 2 hours. The advertising that accompanies the ‘scenic flights’ both in helicopters and planes is everywhere. To be able to take an ice walk you are almost forced into the chopper ride. Now, this would be fine if an extended flight around the mountain was included but the journey into the glacier takes 10 minutes and probably equates to the majority of the outlay.
Our, much cheaper option (free) was to walk to the base of the glacier. The round trip was about an hour and a half and although we enjoyed it, there is nothing like reaching a peak and then seeing the prize; we could see this glacier from the moment that we set foot out of the forest. On route to its face, we were sandwiched between flowing waterfalls cascading down the mountain.
There were signs all around us telling us to stick to the path as there were frequent rockfalls. This message was amplified by the cut out of a newspaper article from the beginning of the 21st century revealing the demise of two Indian boys who had tried to get closer to the melting ice by climbing past the fence line erected by the tourist board. As we reached the barrier people were perched on rocks taking pictures with iPhones, iPads and whatever brand of digital camera they had purchased. One chap, had a GoPro, a Canon EOS, an iPhone and told his wife to tell him when another of the choppers sprung from the valley above us so that he could capture it with his GoPro: she didn’t bother. Michelle has nagged me kindly a number of times that I’ve overdone it with the camera and that we should be allowing the views to sink into us more and yet all around me are like minded men who cannot stop themselves recording the visit. Some of the Asians take it a step further and seem to be taking pictures of tiny rocks, each person recording their own version of events. It would be interesting to see how a professional would translate the day we’ve recorded on our amateur equipment and whether it would look any better! 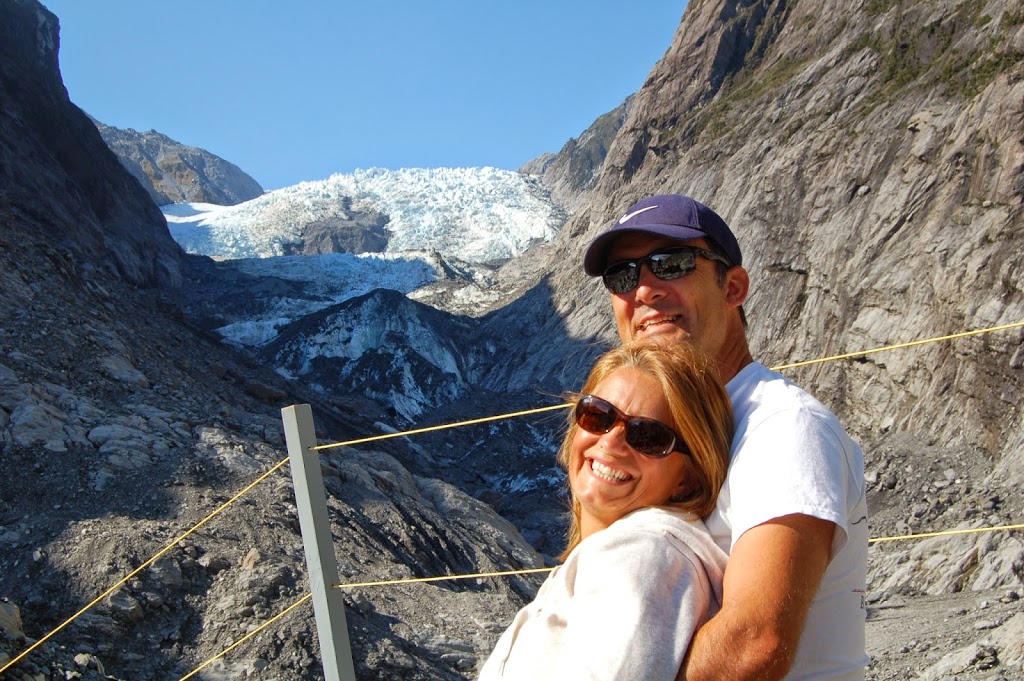 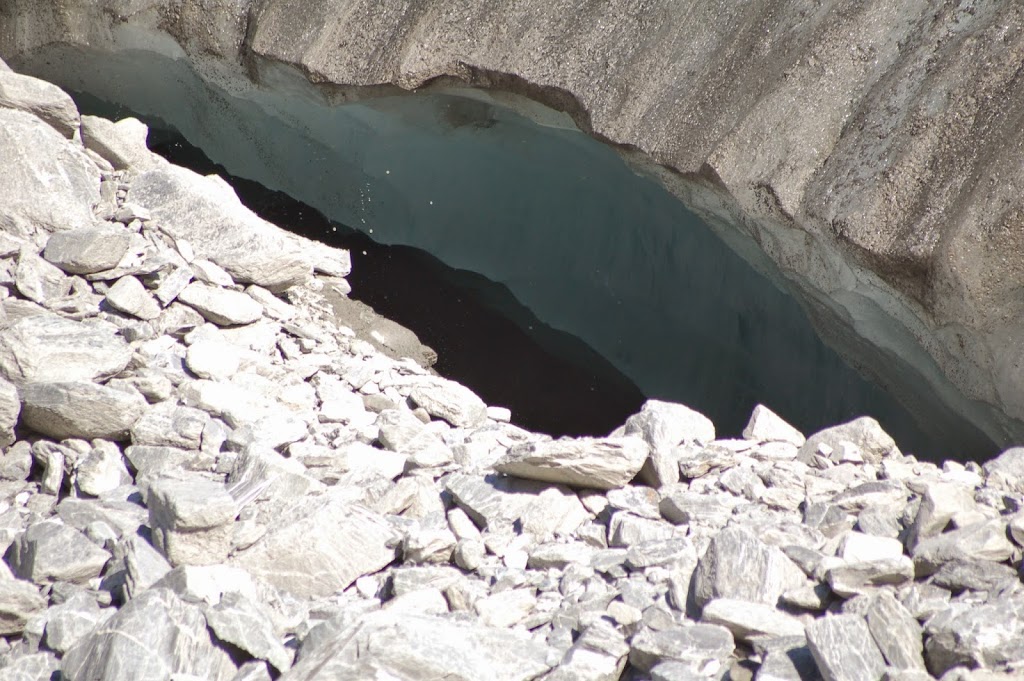 We walked back to the Cabana and all the clothing we had wrapped around ourselves after the chilly morning was stripped from our bodies and tied around our waists allowing the sun that seems so much more powerful here to force its way onto our skin. Even in temperatures that have barely made 16 degrees, there is a feeling that your body is like an algae being targeted under the sun’s microscopic rays: 16 degrees here is much warmer than in our country.
Taking to the road we continued our southerly march passing the Fox Glacier opting instead for the more serene option of Lake Matheson.

When Mt Cook is not covered by clouds and the wind has a day off, the Lake offers a mirrored photo of New Zealand’s highest mountain. For us, only one out of the two conditions existed: we could see Mt Cook and that was pretty special.

What we didn’t realise were the three wow moments coming up. Three knockout punches that not even Ali at his absolute best could have withstood.
Number One,
Lake Wanaka – a volume of water that seemed to eclipse even the great Lake Taupo. This sight was made even more spectacular by the sun angling along its length while the jealous hills only caught glimpses of that warming light.
Number Two,
Lake Hawea
Less than a kilometre between the view of Lake Wanaka, Lake Hawea provides a setting so mouthwatering you find yourself turning into an open mouthed Great Dane that is being teased with a bone. The view was beyond, beyond incredible and this time, the opposite effect to Wanaka; the hills were laying back enjoying an afternoon siesta on its sunbed while the lake cooled the mountains feet down with its icy waters.
Two lakes, two incredible treats.
But there was one more Wow moment and it came in the form of a beef patty!
Red star Burger in Wanaka 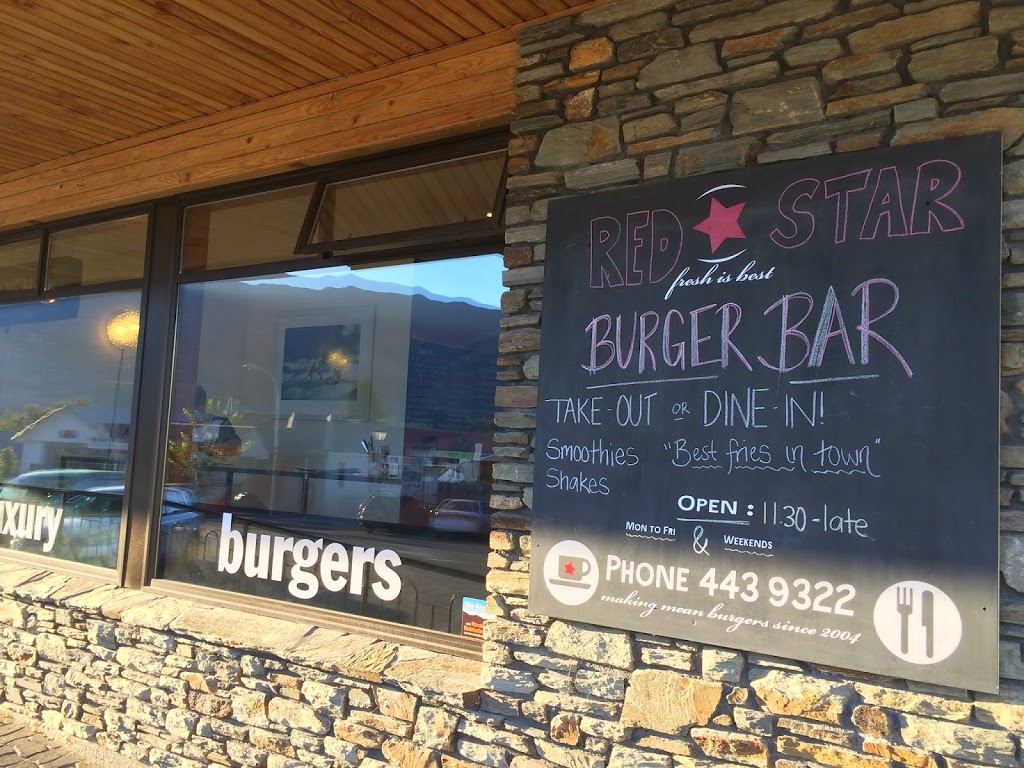 are without a doubt the very best burger restaurant in the whole world. I’ve have never eaten one like it. Never!

My choice was the ‘Blue’, a combination of blue cheese, tomato and beef gorgeousness. It didn’t melt in the mouth, it found its way in and sat there smothering my taste buds with a warm coating of joy! The beef just evaporated when it disappeared from the plate, the bun was fresh and moist and this was all washed down with a non-alcoholic Piña Colada Milkshake!
Fly to Wanaka now and stop by this amazing place! Here’s a link to their website!
The cherry on the icing of a very nice days cake came when we found our campsite and was told that they don’t have any sandflies!
I told Michelle that we should have purchased a lottery ticket. Today was a top, top day and Lady Luck was with us all the way.
Oh, and one more thing. I found this advert in the local paper. Someone in advertising has a great sense of humour! 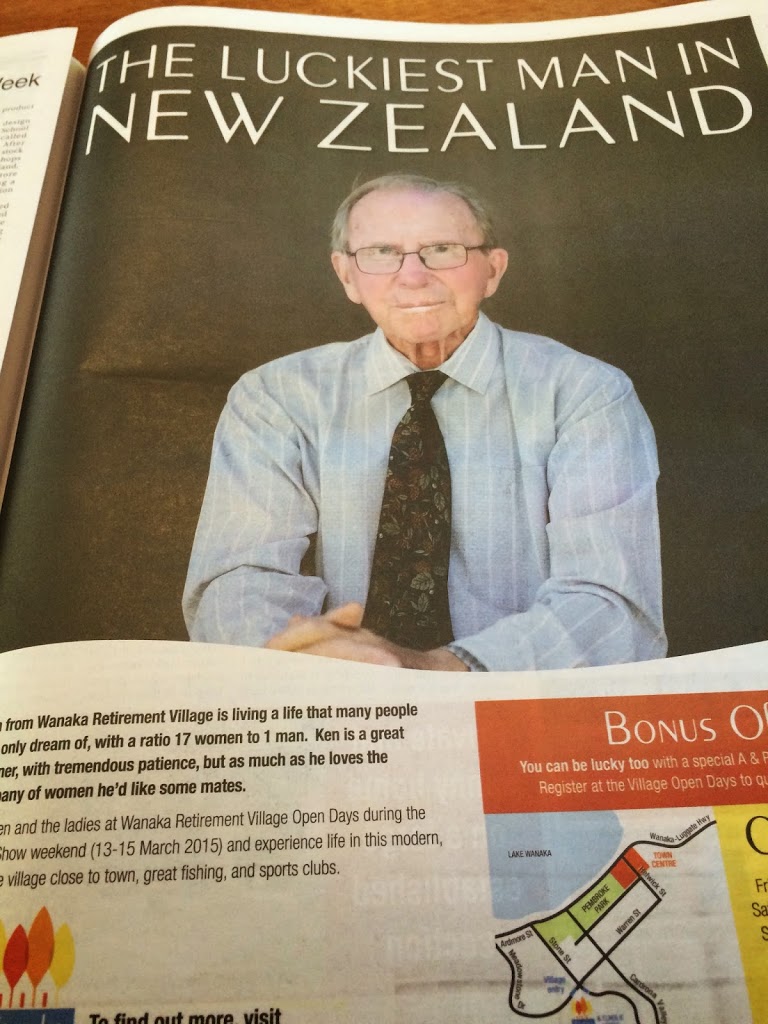