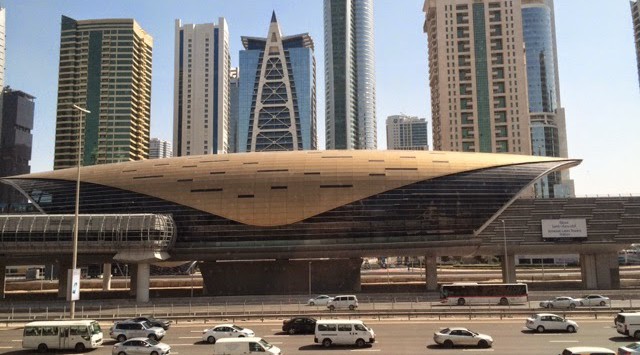 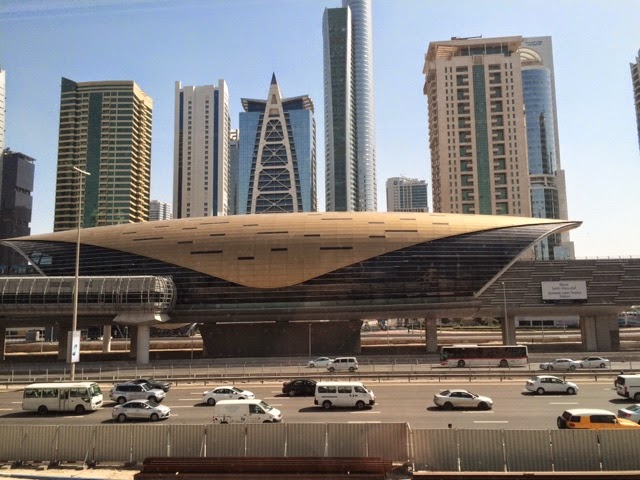 Ok, there is strong evidence to support that I am clearly not quite the flint that I used to be. For example, most cycling fans twigging that they have seen a number of teams out training in Dubai would assume that they may be here for a little more than winter training? 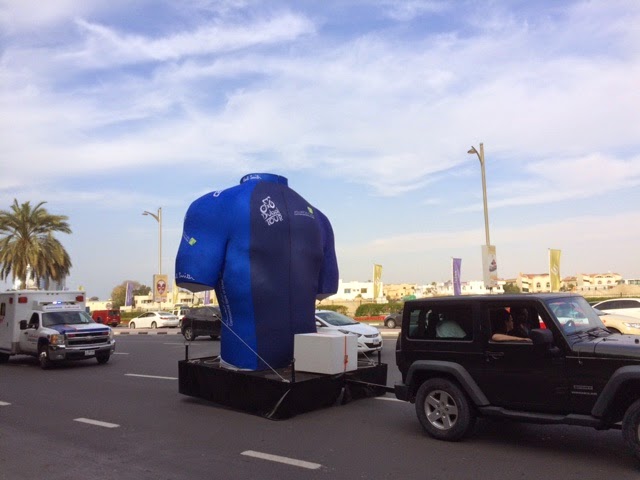 But not me. Perhaps I’ve been so preoccupied with sightseeing that I’ve been blind to one of the greatest sights in sport: seeing Mark Cavendish win a stage of any race. This he achieved yesterday in the Tour Of Dubai!! I read this in the newspaper as we waited for the time to arrive for us to leave!

All too soon our flirtation with this amazing country has ended summed up by our last ride on the Metro on our final day.
Another masterstroke decision by Team Devitt (the dunderheads) was to not take a taxi to the airport. We had good reasons. We felt that our ride on the way in with Lewis Hamilton had been an executively priced one rather than the competitive rate quoted in the blurb. Perhaps we have been used to our special mates rates from the best taxi firm in the world: Apollo in Maidstone. And you know that once you get ripped off you will do anything to find a way around using that same service again. So we did and our cunning Baldrick plan was put into action but instead of a triumphant Lord Flashart “huzzah ” it was closer to Prince George’s attempt to woo the fair Amy wamy: a disaster.
We used our free shuttle service to the Metro and boarded the train with all our belongings packed into 4 suitcases, 2 hand luggage and 2 kitchen sinks…… At rush hour! Now, close your eyes and imagine Victoria underground station at Christmas but there are no interconnecting stations so once you are on the train no one gets off and it just continues to bulge like the 80’s wrestler Big Daddy after 40 Big Macs. Ay yi yi yi yi. And now imagine the suitcases taking up valuable space as people get on the train and squeeze as the doors open at each new station and more bodies join us. I had three people holding onto my luggage to stop themselves from falling over as the train juddered to a start and stop.
One man with a kind face in a suit insisted that another man give up his seat for Michelle and he sat her down to protect her from the crush. He then gathered two other ladies in an assured and understated way to the same area all the while speaking to both of us about our tour (as he called it) and reminding others about personal space. 8 stops later and finally the masses cleared: the burp had been let out. We said goodbye to our new temporary friend and gave each other an ironic look that said “we got away with that!”
Thank goodness for the calm of the airport where even though it was clear there were at least 50-60 flights taking off over the next few hours you would not have known it. DXB is a mammoth place and must be catching Heathrow for size though I’m sure I will be corrected. In fact, my lasting memory of Dubai is that a combination of pats and expats work extremely hard to provide you with an excellent stay, there is no service you can imagine that they don’t or won’t provide. We would need to stay for longer to truly see what’s under the carpet but on this trip we leave with a feeling that the disciplines here provide a firm footing that allow foreigners like myself to enjoy as many comforts as we can afford.
One more thought. At no point did anyone try to sell me something, I saw not a sliver of litter and no planes flew over our position. We were treated as distinguished guests and they expected nothing in return. There is still so much to learn. Perhaps we should send Nigel Farage over here for a while for a job swap. Now that would be the kind of reality TV I’d tune into!
Our flight to Perth had a Brucie bonus with the only spare seat on the plane in our row of three. This meant we could sleep on top of each other and after no public displays of affection in Dubai, I was very happy to show the world that we were a couple.