The Lost Gems of France

We are looking for the taste ‘Supreme’.

So, here we go, a mini-series of travel blogs coming up! A diversion, rather than a full blown unexpurgated journey across continents. There are no days in this mini-series and, as a result, it will all be over before the country votes to stay in the EU, or leave! I’d like to add, at this point, that if you are a wavering voter this blog will aid your decision. So, here goes! ‘Cry Harry’ for sovereignty and let’s not let anyone else into our country! Oh, that’s a bit biased isn’t it? Ok, how about, let anyone in? No? Well, what do you want? 350 million pound? No, that’s all going on the next government’s fleet of Mercedes when they establish a trade deal with Germany!

Our dog has a passport with his photo in!

Our new journey began in Folkestone, and, furthermore, I should now mention that Taz has now become an ‘international traveller’ twice removed. In dog world, he could now appear on the cover of Dogue, dogmopolitan, and of course Hound and Horse (the nag’s have been usurped). After being known as a Greek Adonis after his year in Cyprus, in France, he would be Tazzy De Doggy Doo! Peurile names I know, but we English enjoy giving out pets silly names! After all, Taz was named after a cartoon character from down under!
And Taz is where our story starts….

Not content with putting the poor fella through a plane trip, it was time for Eurotunnel. This was my idea because had we chosen a ferry he would have been locked below decks alone, and having made him endure a plane I thought that would be one stress too many. No, we would not be separated from our Mutley. Au contrarie.

We really do love our pets!

Well, luckily for him, the great folks at Eurotunnel have spared no expense in creating the Dog world version of Crufts right next to the terminal. No, not the parading round a rink Crufts, the more athletic part: Stages, Tunnels and Obstacles.

Oh yes! There is a chance for your pooch to star in Eurotunnels’ own equivalent of the Horse of the Year show for dogs! Surrounding the arena are posters of sausage dogs with the words. ‘It’s never been easier to travel with your pet’. I wondered if the same advertisement existed in Calais and quickly concluded that it may not be as lavish. You won’t be surprised to hear that many people were trying it out. Mad dogs and Englishmen. We go together very well. 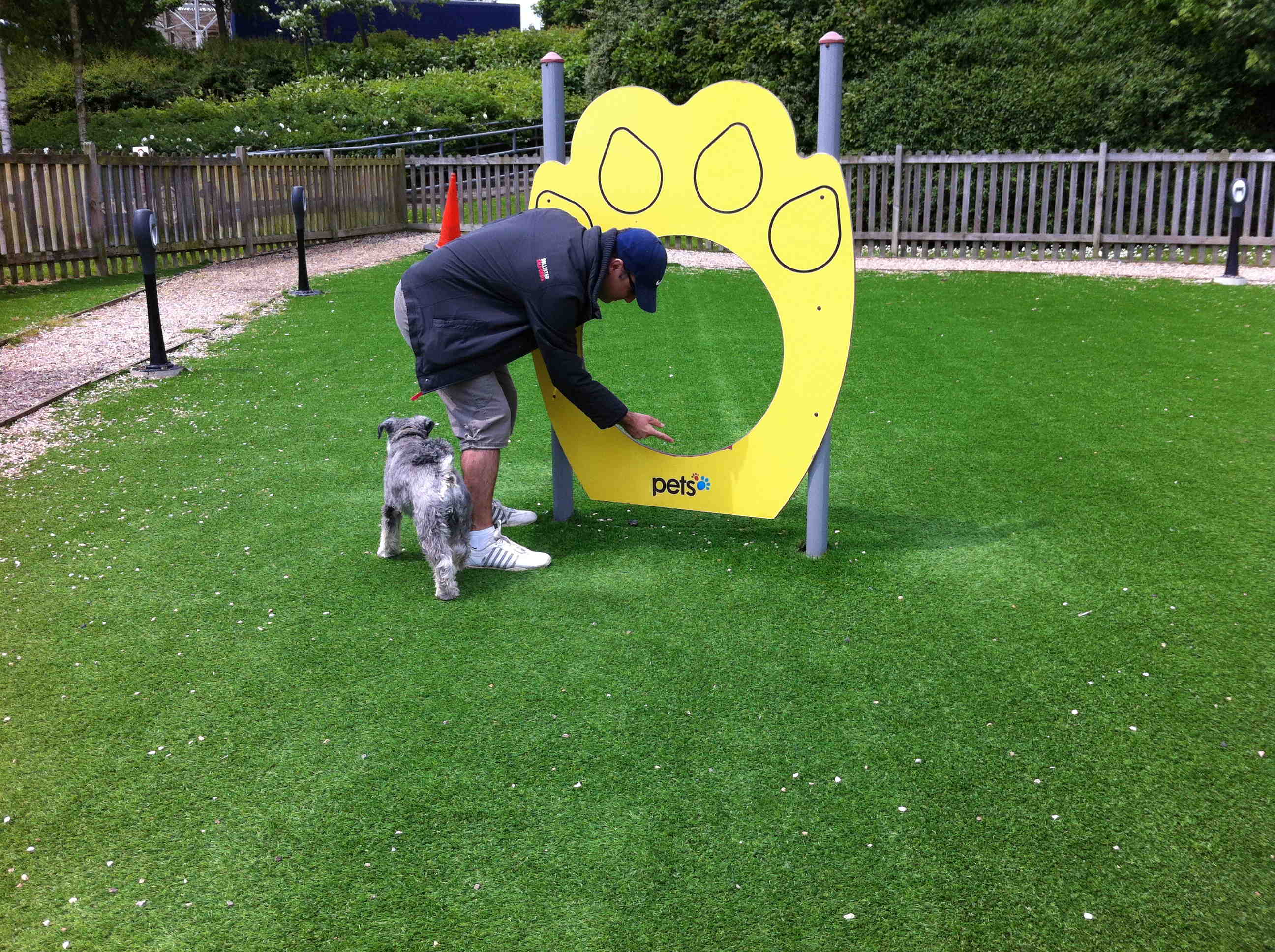 Not on your life

As Taz is a pedigree I thought he would take to it like the Willliams sisters did to Tennis. But alas, he didn’t even notice the course. He walked in, weed on everything, sniffed a few bums and then was renched from the scene like a streaker invading the FA Cup Final. He didn’t even notice the special enclosure for dogs in season! Imagine the fun a dog with all his worldly belongings still intact could have in a place like that?

“Just give me an hour, please Dad?”

“They motivate us to play, be affectionate, seek adventure, and be loyal.”

Do you have your pet passport?

In an attempt to bring balance to the debate, taking your pet to France could not be easier but, in conclusion, I thought it was a racket. The more intelligent person would tell me that certain checks have to be in place on both sides of the border but in a world of Zika, Ebola and all other kinds of immeasurably horrible diseases, how do you stop the inevitable from happening? Before we left, Taz had to have all of this documentation up to date and be wormed. No-one asked us to do the same and I’d argue the human race carries more nastiness than our tiny rat catching machine. In addition, when we returned we had to have the pet checked (we were only there for 3 days) by another vet where he was given more pills! This all came at the princely sum of 40 Euros. Racket? You decide. Most noteworthy though is that Taz has a EU passport. What will happen to that in the new world? And will he ever be able to travel with us again without the prospect of 6 months quarantine?

A place named after the most famous of beers?

An hour or so later we approached Stella Plage: a place that never changes. It looks the same every time we have visited. Nothing new opens and nothing old closes. The local population doesn’t change either, and here is a reference to the EU. How is that people are literally killing themselves to cross the channel when there is so much room in France? In Stella, there are hundreds of empty flats and houses. Hundreds. The roads are steady but not overflowing and the beaches stretch for miles in both direction with barely a soul on them. So, while the 6.50 from Maidstone to Victoria is full by the time it gets to West Malling, the villages around Le Touquet barely murmur; life here is led at a sedentary pace and time has seen fit to allow the town eternal youth. So who has it right and who is getting it wrong? Should we not admire le resistance to change or is change a constant no-one can ignore? 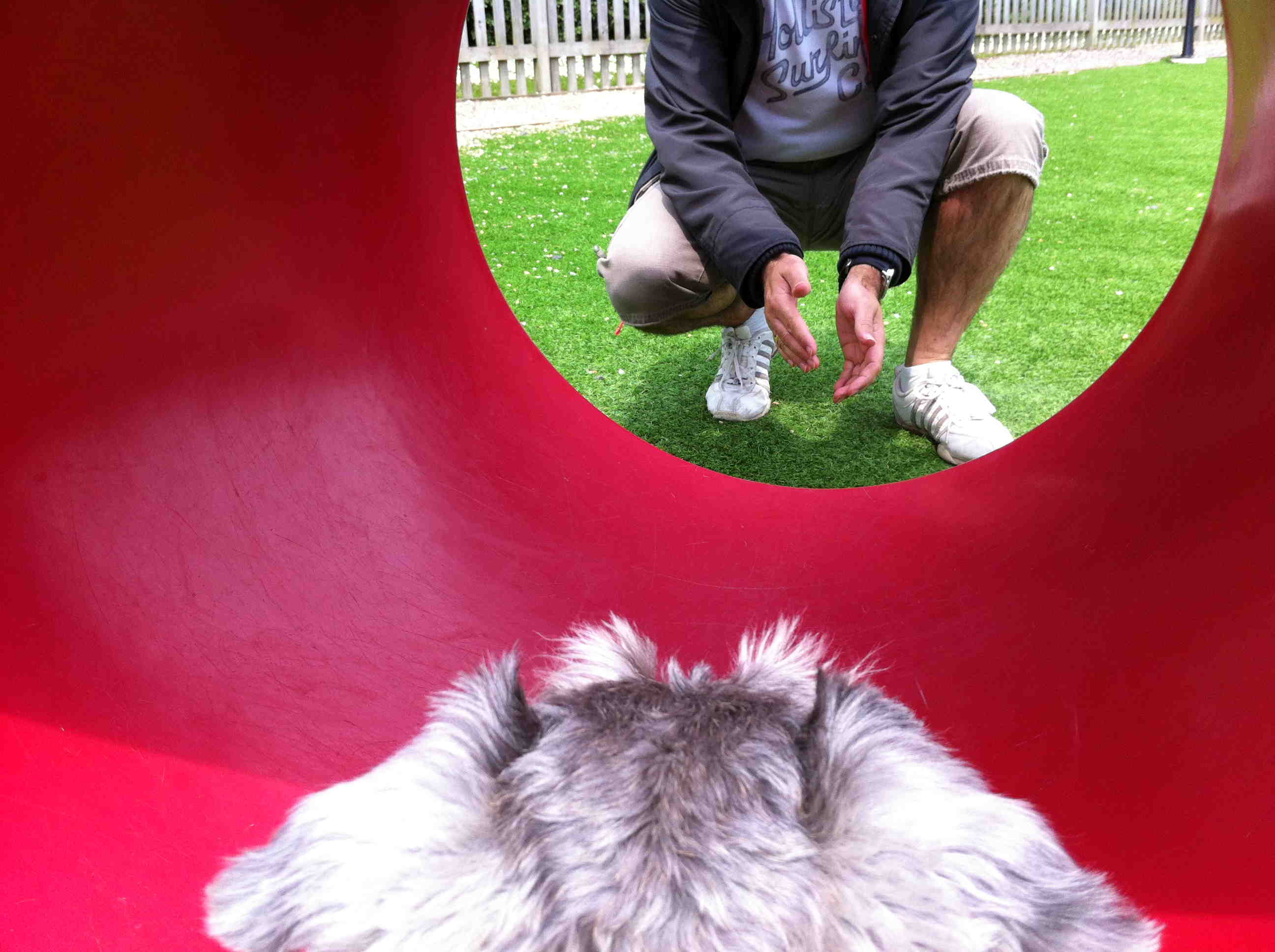 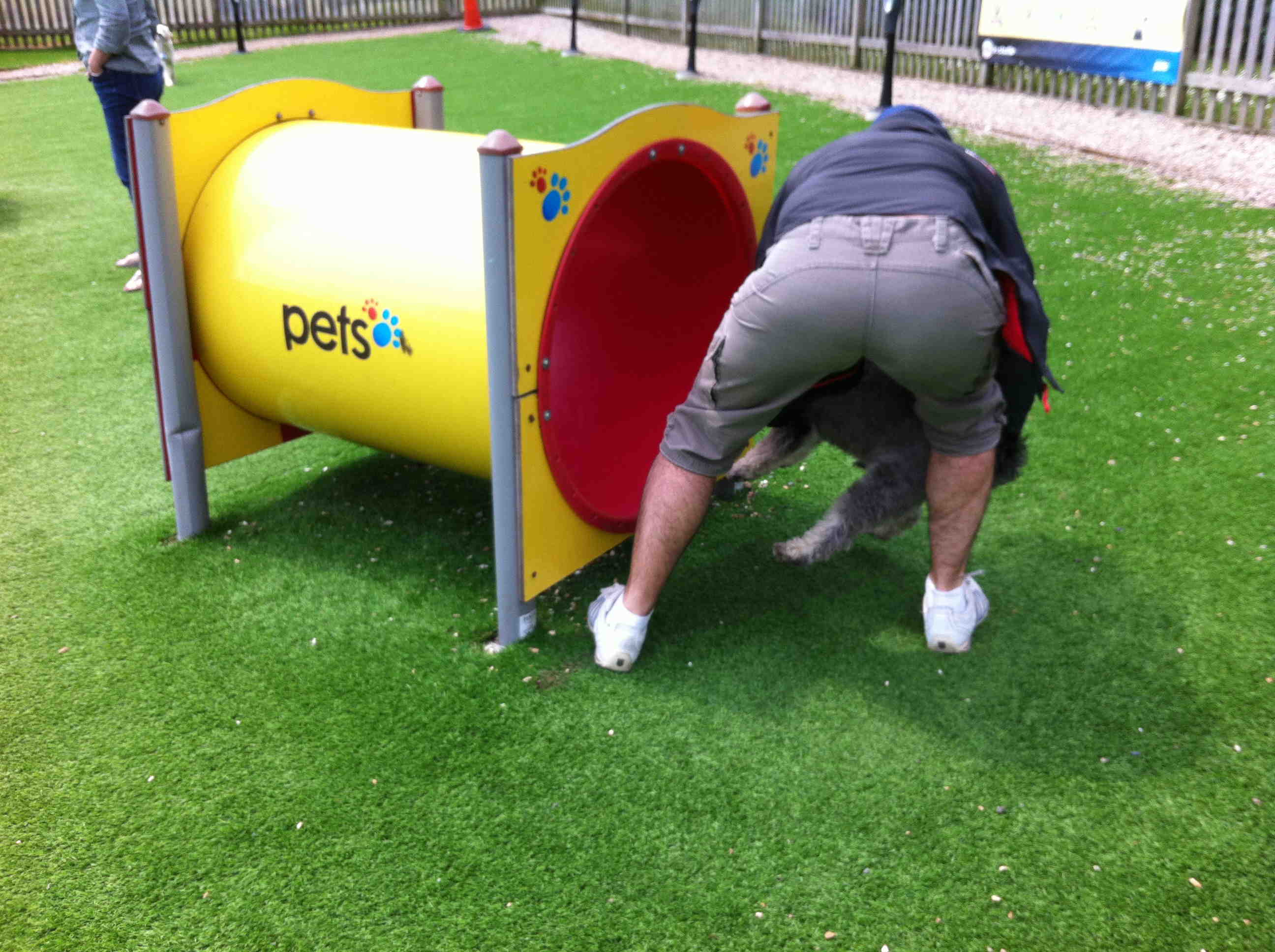 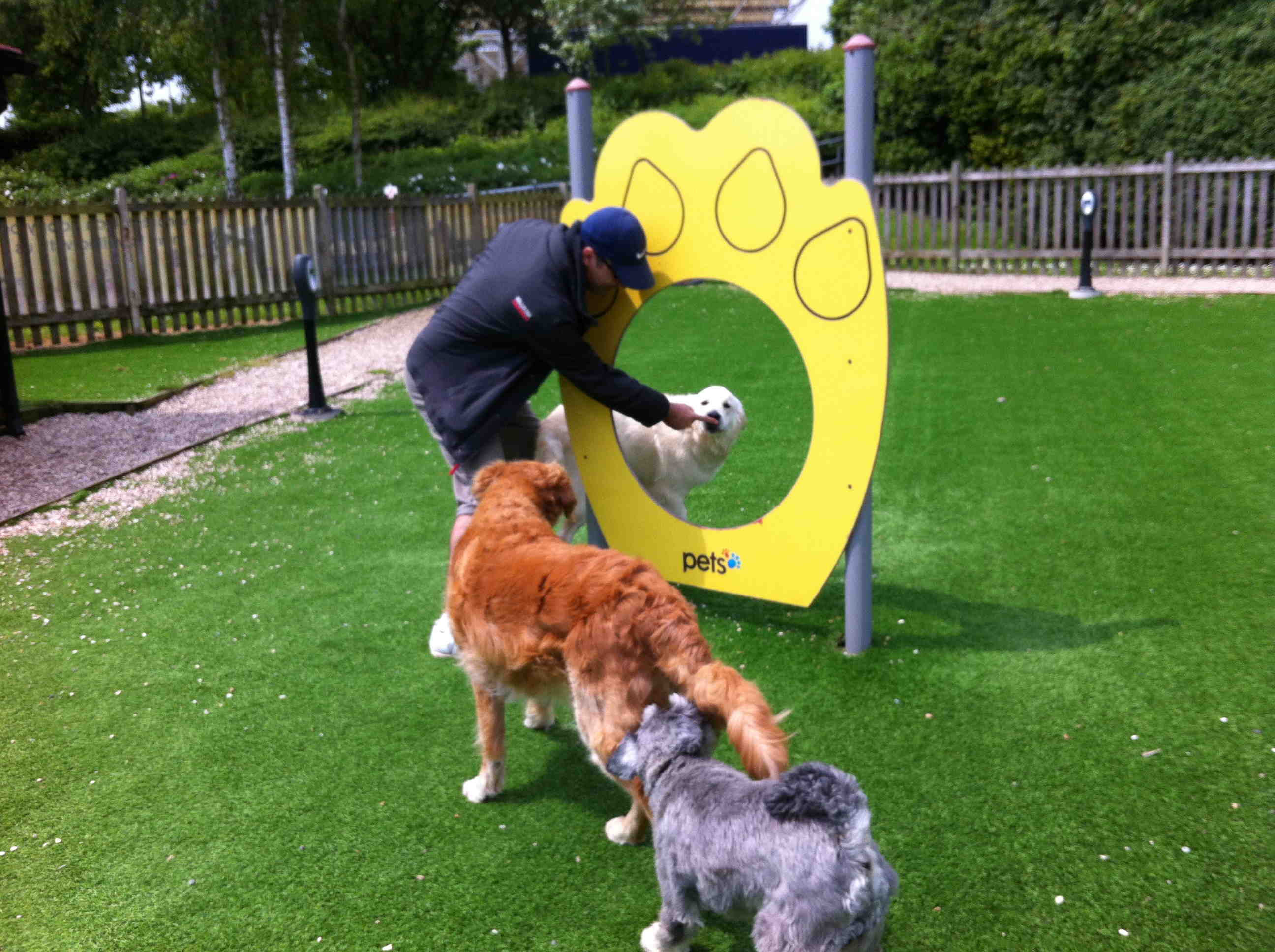 Who wants to go to France when there is so much fun here?

A View from Abroad

The fingers of an ever changing world seem set to affect us all. Will places like Stella Plage avoid the rush of immigration? Can it? Who gave any village, town or city the right for an exemption? After all, the freedom of movement applies to everyone. Doesn’t it? I’m not in favour of any place becoming spoiled but contrast this place with the bustling south east of England and there is simply no comparison.

I asked myself given the same countryside would I fight to protect it? Of course, but we surrendered our lands a long time ago and consequently the dam broke and our island welcomed everyone. Since then, instead of arterial routes providing a quick way to tour Britain, our motorways have become places to stop and have a chat, do a little rubber necking, and then stop again at the next RTA.  I remember the opening of the M20 coastal bound in 1992 where the odd lorry was caught meandering up its wide expanse and there wasn’t a migrant in sight. Now, as a result of our good nature (some would say, stupidity) it has become a thundering cavalcade of vehicles hiding those that have made it across our borders who unwittingly become part of a modern day version of Death Race 2000.
Whisper it loudly everyone, there are flats and houses empty and they are only 3 quarters of an hour away south of Calais. You don’t even have to speak the language. Allez, Allez. Tout Suite then!
Part 2 – coming soon – The Riddle of the Sands
Summary 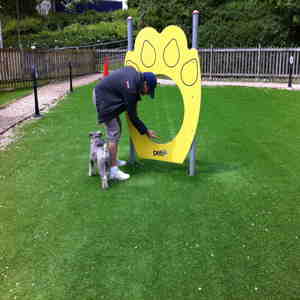 Article Name
The Lost Gems in France
Description
If you think travelling with a pet through EuroTunnel may be difficult. Think again.
Author
Mike Devitt
Travels Over Tribulations 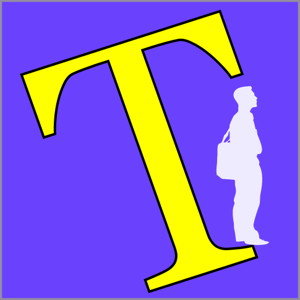